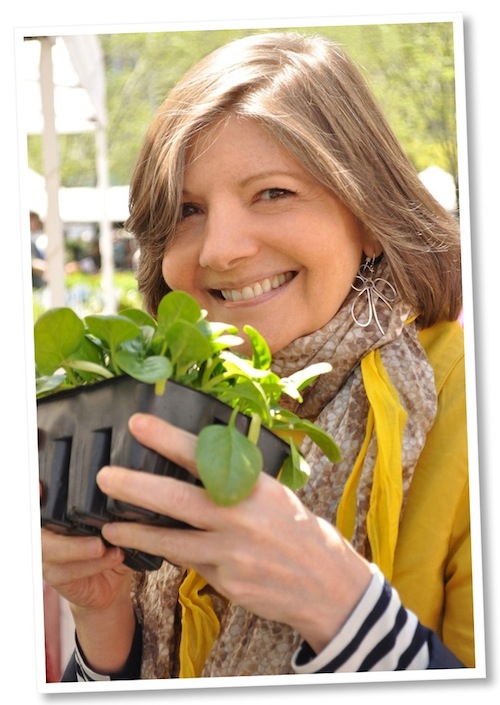 Lynn Fredericks is the founder of FamilyCook Productions and an award-winning pioneer in the field of obesity prevention and family nutrition. She is the author of Cooking Time Is Family Time (Morrow 1999) and Get Your Family Eating Right! (Fair Winds Press 2013). Since 1995, the hands-on culinary nutrition education efforts under FamilyCook Productions have reached over 300,000 parents and children through program licensing and instructor training. In 2013, Fredericks became a Co-Investigator for a NIH-funded research project in New York City with Einstein College of Medicine and HealthCorps to address adolescent obesity. She has presented more than 30 scientific abstracts of original research on FamilyCook program efficacy at professional, obesity and nutrition-focused professional conferences. She is the 2018 Chair for the Food & Nutrition Section of the American Public Health Association, and a leader in the Children’s Division of the Society of Nutrition Education & Behavior. A founding Executive Board member of The Food Systems Network NYC, she was the founder of Les Dames d’Escoffier’s Green Tables Initiative and a former Board Director of the National Gardening Association. Under Fredericks’ leadership, FamilyCook Productions was named 2017 Public Health Leader of the Year by the New York State Public Health Association.

Contact Lynn at lynn@familycookproductions.com about new partnerships, programs, and opportunities for your community. 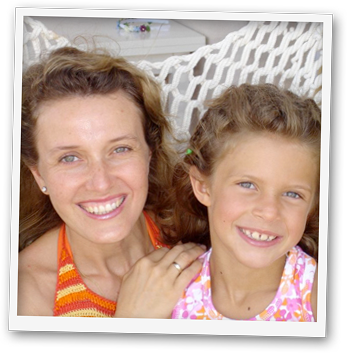 Mercedes Sanchez has been FamilyCook’s resident dietician for over ten years. Her appreciation for celebratory meals prepared and enjoyed with family and friends hails back to her childhood as the youngest of 9 siblings in a robust family of Madrid, Spain. Today she is a registered dietician specializing in pediatrics and family nutrition, Mercedes grounds the FamilyCook nutritional messages, educational materials, curriculum and approach in the values around the social and educational aspects of family meals. A mother of two young children herself, Sofia and David, Ms. Sanchez understands the challenges that working parents face to navigate a social environment that tempts adults and children alike to take the easy way out and buy fast or prepared foods. Ms. Sanchez wrote her masters thesis while at NYU on the value of a multicultural approach to teaching children about nutrition. Her thesis was excerpted for inclusion in an Italian journal on taste, Questione di Gusti, in 2006. In addition to holding a Masters in Nutrition from NYU, she is a registered dietician and has served in that capacity in the pediatric department of Methodist Hospital in Brooklyn. 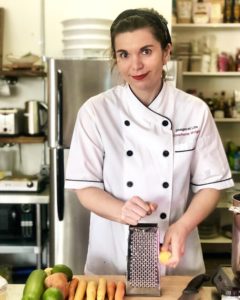 Stephanie is a Brooklyn-based, Ayurvedic chef and culinary teacher who believes that making conscious changes to your daily practices and diet can bring you back into balance with your physical, mental and spiritual needs. A lifelong passion for food drew her towards Ayurveda, the sister science of yoga, and to pursue a Ayurvedic Nutrition and Culinary Certification at Bhagavat Life under the guidance of Divya Alter, author of What to Eat for How You Feel: The New Ayurvedic Kitchen and co-owner of Divya’s Kitchen, an Ayurvedic restaurant in Manhattan.

After graduating from culinary school, she became the Chef di Cuisine at the Assemblage, a conscious co-living and co-working space, where she developed seasonal Ayurvedic menus using natural, organic ingredients and educated the staff and co-working members on the intricacies of Ayurveda. Now, she following her passion of sharing her love of Ayurveda and passion for nutrition with the New York City community. 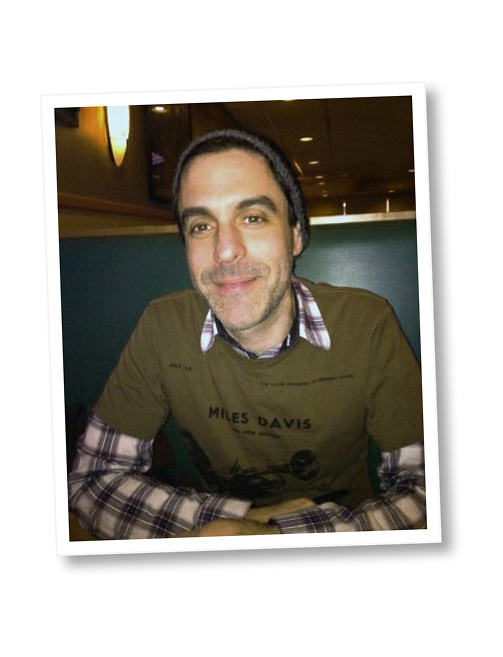 David Bartolomi brings over 20 years of professional youth advocacy, culinary and photography experience to his role as the Youth Development Director at FamilyCook Productions. As a Teen Battle Chef instructor at the Urban Assembly School of Music & Art in Brooklyn David infuses his classes with his personal references stemming from a rich family line of Italian chefs and bakers. He brings a passion and knowledge of food that is ideally suited to the ‘can do’ and celebratory philosophy of the Teen Battle Chef program. In addition, he is a professional freelance photographer having his first photo published in Vogue Magazine. He believes all youth can succeed in any chosen field with the skills FamilyCook programs helps build: confidence, a strong imagination and self-sufficiency. David has a BA from NYU Tisch School of the Arts and studied Social Work at Hunter College. 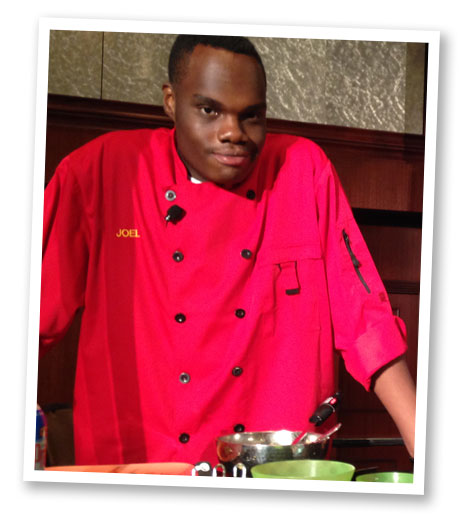 Joel Allette joined TBC as a HealthCorps student at James Baldwin High School in Manhattan. When he first joined he was highly interested in cooking and idolized such chefs as Emeril Lagasse, Michael Symon, Bobby Flay, and many other chefs of that caliber. After he graduated from the Teen Battle Chef program he went on to the Teen Battle Chef Leadership program and earned an internship at the Sylvia teaching younger children to cook. Within that year, he went on to win the 4Food “Veggiescoop” Recipe Competition. This led to his own recipe for Chinese Braised Kale on the 4Food Fall menu. As a TBC leader, Joel has hosted a number of Teen Battle Chef Competitions, Healthcorps events, and Whole Food Recipe Showdowns. His passion for TBC and the culinary arts is so strong that he was invited for a second TBC internship, at Jimmy’s No. 43 in Lower Manhattan. In less than a month he became the Brunch Chef for the restaurant. It was such accomplishments and talents that resulted in a strong audition for Food Network’s Chopped. He was accepted as a contestant for their first Teen Episode, and he contended for the grand prize on national television at the age of 18. Joel is also a music artist, and writes and performs his own music, and strives for a dream he’s always wanted. But Joel is equally loyal to his FamilyCook family and is now a Teen Battle Chef Alumni. This summer Joel is a Teen Battle Chef Summer Internship Brigade Mentor/Supervisor. Joel continues to represent what it means to be a leader, and is a role model to his community and his family, and has even started his own Private Chef/Catering Company, JGS Cuisine. Always looking for the best in himself, and challenging the best in others, Joel works hard every day to make us at FamilyCook Productions proud. We surely are…

Jimmy Carbone is a NYC based restaurateur, dedicated social entrepreneur, and beer lover. In addition to overseeing daily operations at Jimmy’s No. 43, an East Village bar and restaurant with a focus on unique beers and a greenmarket menu, Jimmy currently serves as co-chair for Taste of Tribeca, as a special advisor for The New Amsterdam Market and was elected as an advisory council member for Greenmarkets GrowNYC in 2010. In 2005 and 2009, Jimmy was recipient of the title “Local Hero” from NYC Arts and he has been featured in Edible Manhattan, Michael Colameco’s Food Show and Martha Stewart Radio.

Dr. Chester holds a Doctor of Philosophy in Dietetics and Nutrition from Florida International University. As a Nutrition Scientist with the Food Surveys Research Group at the US Department of Agriculture’s Human Nutrition Research Center, Dr. Chester monitors and assesses food consumption and related behavior of the U.S. population. In this role she conducts surveys and provides the resulting information for food and nutrition-related programs and public policy decisions. Dr. Chester conducts research on nutrition, physical activity and the food environment. She researches the role of diet and lifestyle to prevent chronic disease in order to enhance health and quality of life. Dr. Chester serves on the Executive Board and is Chair of the Food and Nutrition Section of the American Public Health Association (APHA). She is also a member of the Professional Development Committee of the American Dietetic Association (ADA).

Chef Chris Cheung was born and raised here in the city. With grandparents who lived on Mott Street, he grew up loving the tastes and smells of Chinatown, and has had a lifelong passion for Asian cuisine. He graduated with honors from the New York Restaurant School in 1992, worked as a prep cook at Vong, then moved to various other restaurants here in the city including Nobu, China Grill, and The Monkey Bar. This talented toque uses traditional Chinese ingredients and techniques to lighten and modernize the classics.

Khahlidra Levister is the Executive Vice President of 4food, a new quick service restaurant serving a natural, local, and sustainable menu in NYC. Ms. Levister received a Diploma of Baking and Pastry from the Art Institute of New York. While earning her culinary diploma, she apprenticed for Chef Emily Isaac at the renowned Union Square Café. She then went on to become the Chef de Partie Pâtissier at The Modern in the Museum of Modern Art, under the direction of Executive Pastry Chef Marc Aumont. After years in the kitchen, Ms. Levister soon became interested in the non-culinary side of the restaurant industry. She began managing the Front of House at Geoffrey Zakarian’s Country restaurant, and quickly became the Senior Manager. It was during this time that Ms. Levister began consulting for 4food and helped conceptualize the menu. She formally became a part of the 4food team in December of 2008

Kerry Trueman is a sustainable food activist, blogger and speaker, Kerry Trueman, founded EatingLiberally.org in 2006 as a netroots website and organization to advocate for sustainable agriculture, progressive politics and a less-consumption driven way of life. She has written about edible landscaping and organic gardening for the Financial Times and served as food editor for lime.com before becoming a sustainability blogger for Participant Media’‘s takepart.com. Trueman currently writes about climate change, low-impact living and sustainable agriculture for the Huffington Post, Civil Eats and EatingLiberally, and authored a chapter on ecological eating for Rodale’’s Whole Green Catalog (September 2009). CREDO Mobile awarded her their “Activist Blogger of the Year” award for 2009. Her most recent projects are Retrovore.com, a website for farmers, gardeners and eaters who favor conservation over consumption, and The MudRoom, a weekly webcast in development that blends muckraking and cultural commentary.

Hazel is an attorney and consultant specializing in health care, pensions and other benefit issues. She has held positions at the U.S. Departments of Labor, Health and Human Services, and U.S. Small Business Administration, as well as at research and not-for-profit organizations. Currently she is the consultant for National Programs, for ASTAR – The Advanced Science and Technology Adjudication Resource Project, in Washington, DC. Ms. Witte, who has published numerous books and articles, is a member of the District of Columbia Bar.

Throwing away that sweet potato peel? Don’t both

Happy Thanksgiving to all! We would like to thank

Got a sweet tooth? This sweet potato pastry will h

Tomorrow is Thanksgiving! Getting excited to have

Did you think that hummus can only come in one fla